Performers like Muddy Waters were especially successful in catering to a wide audience, mostly due, as Miller points out, to their large repertoire. If a musician could play black and white music, knew various cultural and local dances, memorized different kinds of tunes, etc., he had a greater chance of employment than a musician who only knew plantation songs, or only knew pop songs from the north. It’s interesting that there were several artists that overcame “differences of race, class, or region” despite his skin color, and were extremely popular to both white and black audiences. In such a racially segregated era, for music to transcend this barrier I think is amazing. We’ve talked about before how pop culture often progressed at a faster pace than the legal system, and I think this is a prime example. A fiddle player who grew up in the deep south could then produce music to be played on the radio and enjoyed by both white people curious about ‘authentic southern’ music and also black people longing for home, just by being able to play various racial genres. Which why is that even a thing in the first place? It’s strange to me that ‘race’ can be a genre, like a white person wouldn’t listen to ‘black’ music or buy ‘black’ products. My goodness people, a homegoods brand is a homegoods brand, the dishwashing soap isn’t going to change properties based on the color of your skin. That tshirt doesn’t know if you have more or less melanin. Racism as a concept baffles me, I understand that it started when white people “discovered” (heavy emphasis on the quotes) darker skinned people in Africa, but why on earth did they immediately jump to ‘Hey Joe, I got a great idea. Let’s take this other human and torture, rape, and enslave his people for hundreds of years, and then later, let’s be actively and legally cruel, violent, and unreasonable hateful to his successors, just because they’re more tanned than us.’ I thought we prided ourselves on our logical, rational ability, yet this seems incredibly illogical, and irrational, to me.

How can love be illegal? 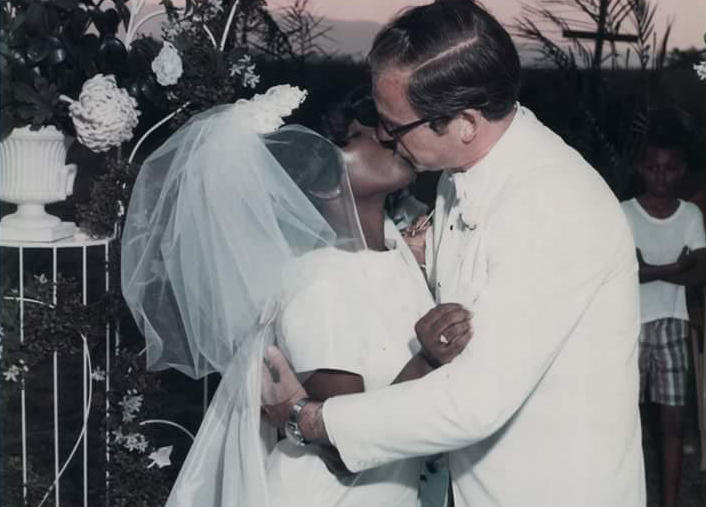