In 1790, a creator had to still be living in order to extend their copyright a second term, nowadays, copyrighted material can avoid the public domain for hundreds of years, well after the death of the original creator. When a technology is patented, a book is written, or a character developed, the grandchildren and their children afterwards can earn copyright fees for something they in no way, shape, or form, had anything to do with. This, I believe is not right. Copyright seems to be the product of greed and selfishness. And while I acknowledge that a creator should be rewarded for his or her work, this does not carry over to their descendants. The idea that you couldn’t (until recently) even use the happy birthday song without paying a thousand dollars is ridiculous. Every one knows this song, we sing it on multiple occasions every year and pay nothing. It’s even worse, however, for intellectual property (as apposed to physical property). For this type, it doesn’t matter who made it, only who owns it. Unlike physical property, intellectual property is intangible — you can’t touch something that is just an idea in someone’s mind. And the resulting concept that one can actually copyright that idea is even more confusing. If intellectual property is the result of some idea you had, what is the difference in the actual product? Does physical property refer to just things of the earth? It seems to me that the idea of intellectual versus physical property just wanted to find a way to make some extra bucks even after they were old (and dead). If something is so well known and already in the public consciousness, then there should not be a copyright on it.

JK Rowling has already earned hundreds of millions of dollars off the Harry Potter series and its accompanying movie adaptations. Isn’t a billion dollars enough (yes I know she gives to charity and technically isn’t even a billionaire anymore, but a multimillionaire is pretty damn close right? And it’s a heck of lot more money than the majority of the world) Why not end the copyright (or at least end it after she dies)?  —- Because money.  Creators will never say okay okay enough is enough. I personally love JK and what her imagination has created, and I think she should definitely earn money for her hard work. However, at some point it does become excessive. Take Disney, an even more extreme exmaple — the animation giant whose copyright continues to be extended  throughout the decades to the point that it most likely will be under copyright literally forever. This is the mighty dollar at work, and this is why money truly does make the world go round. 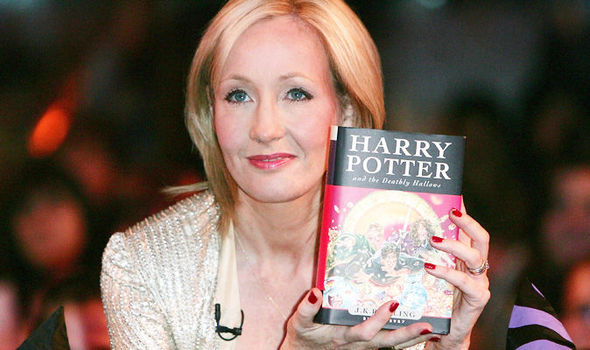